The Staff and Board of Elders

Married to Kim, Jeff is the proud father of three kids: Brendan, Dylan and Leah. Jeff came to The Gathering in the summer of 2014 after living his whole life in the Niagara area.

Jeff’s passion in ministry is for community & discipleship; helping others to become and live more and more like Jesus. Jeff's dream is to see The Gathering look more and more like the Acts 2 church; A fully-devoted, all-in, Church. A church that is committed to following Jesus by 'Being with Jesus', 'Becoming Like Jesus', and 'Doing What Jesus Said'.

Jeff preaches most Sundays and is responsible for the day-to-day ministry of the church. If you're curious to learn more about the church and what we're all about...then Jeff is your guy. Feel free to give him a call or to drop him a line anytime.

Kristyn has been on staff at The Gathering since March 2012, starting first as the Children’s Pastor, where she became credentialed with the Ontario Conference of Mennonite Brethren Churches. In September 2016, while continuing to oversee Kids Ministry at The Gathering, Kristyn took on an additional role, serving as the church's Office Administrator.

Kristyn has a Developmental Services Worker diploma, but after all of her schooling, she realized that her dream is to be a mom. That dream came true in 2008 when she became a foster parent, and she has had many many children come and go from her home over the past several years. In January 2020, Kristyn stepped away from Kids Ministry to focus solely on the church administration, and to allow more time with her foster children.

Kristyn has been involved in several church musical productions, both on and off the stage. In her downtime, Kristyn enjoys reading and shopping for shoes. 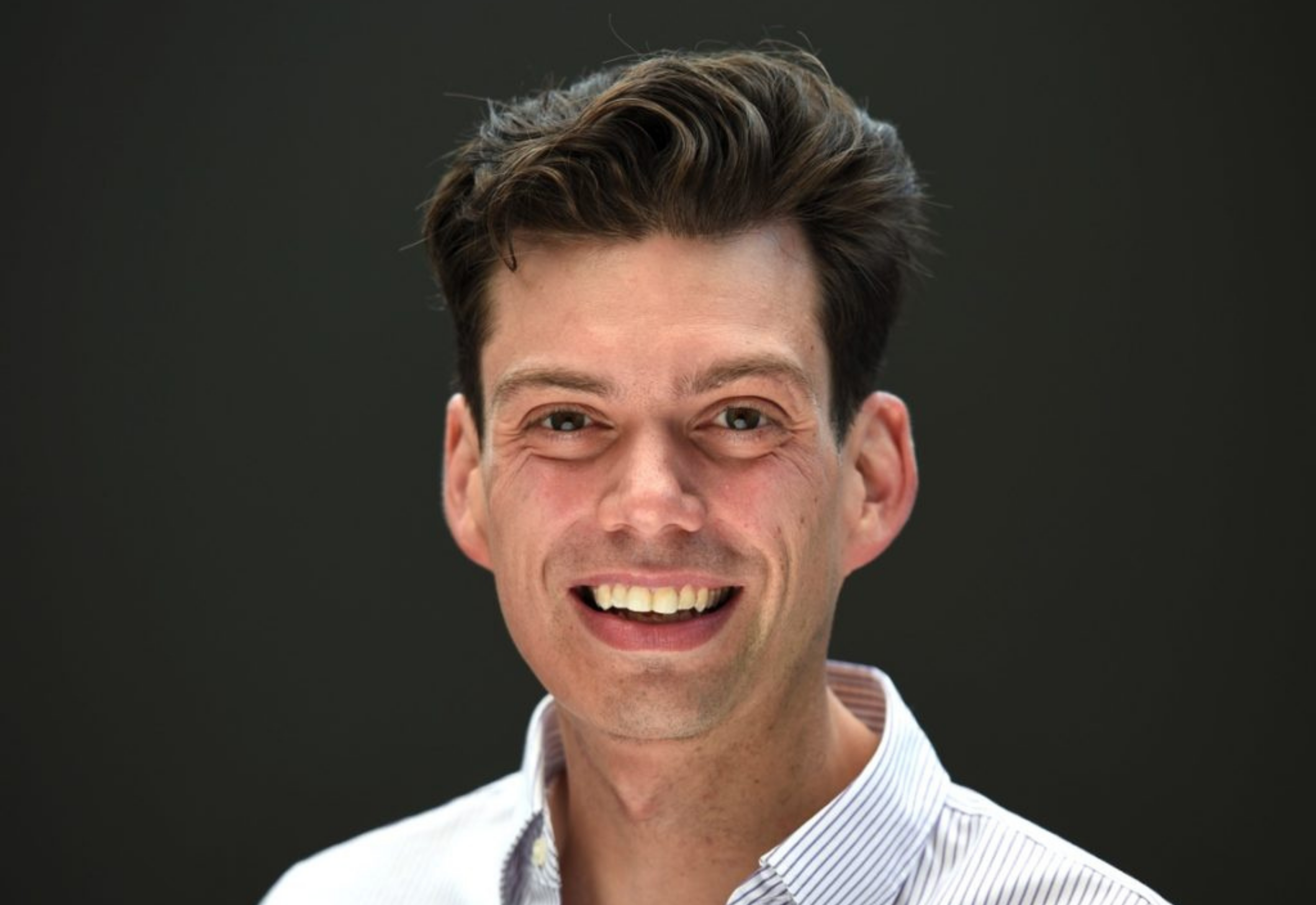 Dan is married to Melody and is the father to two growing boys, Marcus and Elliott. They live downtown in the Glebe and love community engagement and exploring the city on their bicycles.

Dan grew up in Niagara and first moved to Ottawa to restart the ministry at uOttawa with Intervarsity Christian Fellowship. After serving at University of Ottawa for four years, Dan joined the Mennonite Brethren denomination through a church plant called the Journey.

Dan joined the Gathering team in January of 2018 and served as a Church Planting Apprentice. Dan is now planting a church, supported by The Gathering, in his neighbourhood.

Dan loves helping people figure out how to follow Jesus in whatever setting they find themselves in. He can regularly be found facilitating scripture discussions or in coffee shops working through the nitty gritty of people's lives and what it means to follow Jesus.

When the world is not in the midst of a pandemic, Dan can also be found blasting the tunes on top of a bike in a spin studio. He volunteers at a variety of places including the YMCA, Jericho Road and the Glebe Community Association.

At the Gathering, our Board of Elders are the glue that keep everything together. They work behind-the-scenes with the Lead Pastor to provide a spiritual & theological covering, as well as accountability and protection to our church community both organizationally & relationally. 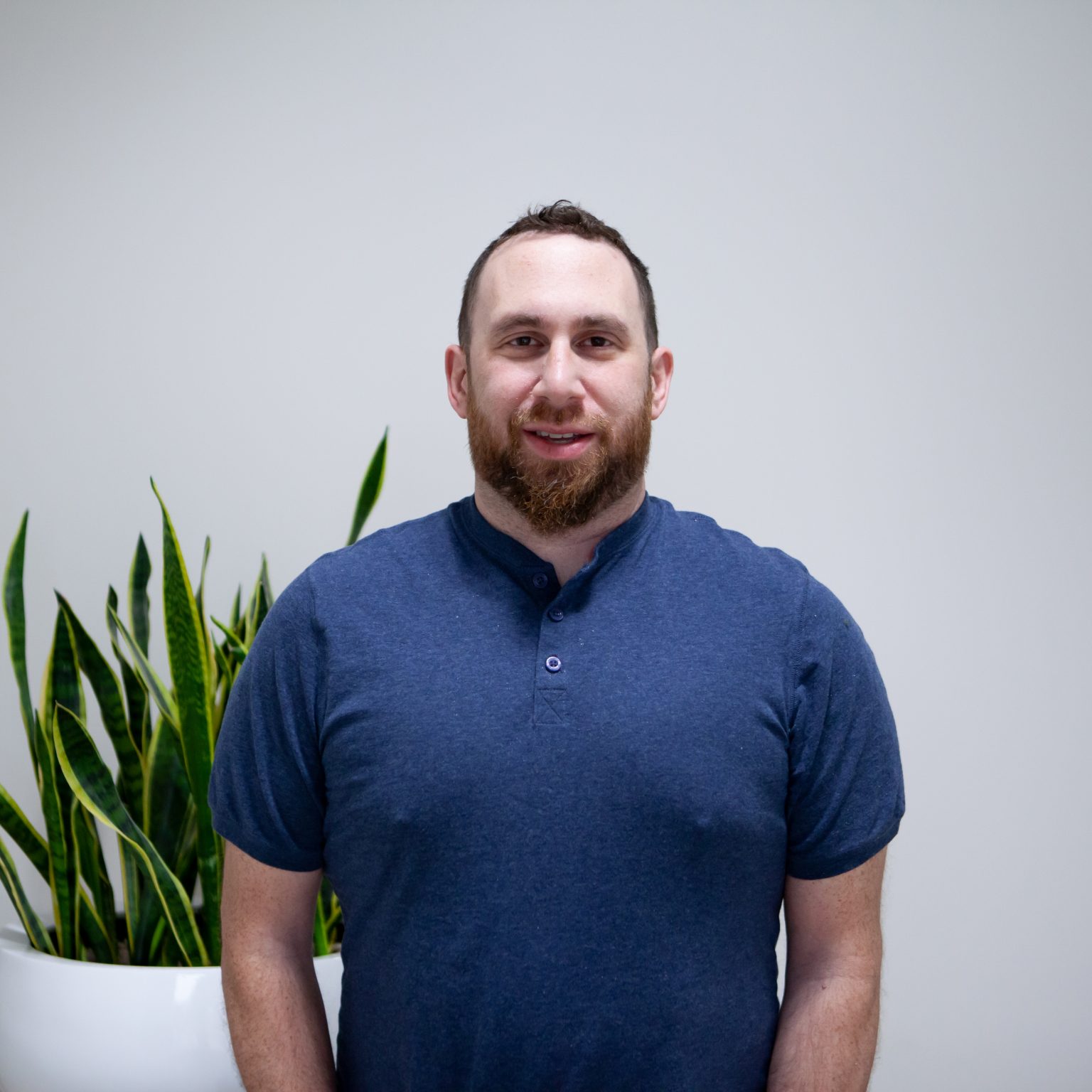 Noah grew up in the east end of Ottawa, the son of a missionary father and working mother, and attended a local church from childhood well in to adulthood. Growing up in this environment, he often saw firsthand what it meant to have to fully rely and trust in God, sometimes even for daily needs. It was the example of his parent's faith that laid the groundwork for Noah to being able to trust God in leading him and his wife Holly to The Gathering in August 2013 and to join the Elder Board in February 2016.

Noah is passionate about God's church, the people, helping them find their way closer to God. He is excited to see the next chapter of this congregation's young history, and is confident that God has exciting plans for The Gathering. His desire is to see The Gathering to continue to seek after God's plans, and can't wait to see what God has in store for The Gathering, for Riverside South, and for the great city of Ottawa as a whole.

Rebecca and her husband Paul have attended the Gathering since 2008. They have 3 children Ethan, Charlotte and Ryan. Rebecca grew up in St. John’s, Newfoundland. She and Paul moved to Ottawa in 1998 and to Riverside South in 2001.

Rebecca is a Registered Nurse and has worked in the Intensive Care unit at the General Hospital for the past 22 years.

Rebecca grew up in a Christian family, attending the Anglican Church. Rebecca likes to spend her days off walking in the woods with her dog, sewing, making soap, attending her children’s games and competitions, and camping with her family in the summer.

Rebecca joined the board in 2022 and is excited to be a greater support to the people of The Gathering as a Church Elder.

Craig, along with his wife Linda, have attended The Gathering for 5 years. They have three children, Colin, Leah and Dylan. He grew up in and around London, Ontario and attended the University of Waterloo, studying Computer Science and Business.

When Craig moved to Riverside South 20+ years ago there were only 5 streets. He has worked with the Riverside South Community Association in a variety of roles and served as president for two years.

Craig volunteers his time doing sound, lighting and audio-visual work for churches, charities and theatre groups in the city. He can often be found running sound for shows at Centrepointe Theatre, as well as at our Sunday services.

Craig grew up in a church with a vibrant youth group which, along with his parents’ strong faith, he credits as the foundation of his commitment to Christ. He and Linda lead a home church group and have facilitated The Marriage Course. 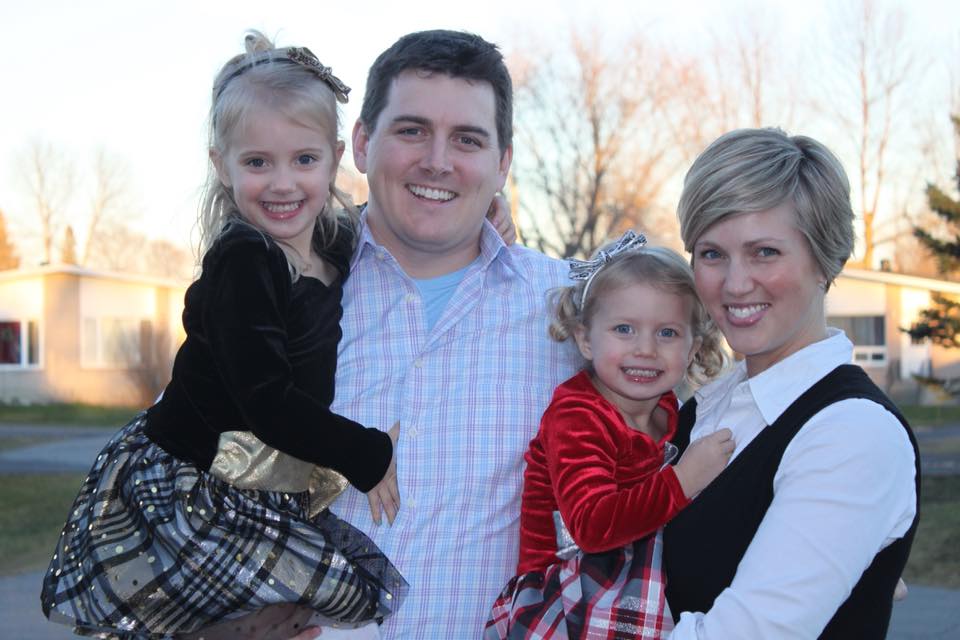 Michael, his wife Brenda, and their daughters Maija and Emily have been attending The Gathering since moving to Ottawa in the fall of 2014. Michael became an Elder in February 2017.

Initially, what drew the Kirkwoods to The Gathering was strong sense of community and the Christ-centred teachings that were real, honest and relevant while remaining rooted in scripture. Michael believes in the value of small groups to strengthen and encourage one another in our faith and has been helping lead a Home Church for the past couple years.

Michael and Brenda feel a strong sense of God’s direction in coming to Ottawa and The Gathering and they look forward to serving in whatever ways God might equip and lead them to further His church.

Linda and her husband, Shawn, have attended The Gathering with their three children (Willow, Isaac, and Elias) since the summer of 2016. Active members of the Sandy Hill Housing Co-operative, they were looking for a church in their downtown neighbourhood. After their first visit to The Gathering though, they fell in love with the people, the community, and above all, the tangible presence of God at work in this suburban church. Since then, they’ve remained committed to and active in both communities, traveling between Sandy Hill and Riverside South to be present and “do life” with the people God has blessed them with as neighbours and friends.

Linda was born in Oakville, Ontario, but grew up in Moncton, New Brunswick, the daughter of a pastor in the Church of the Nazarene and a teacher-turned financial planner. She moved to Ottawa to pursue a degree in journalism and political science at Carleton University, and stayed to accept a position in communications with the Canadian Human Rights Commission shortly before her graduation. Over more than 25 years as a federal public servant, Linda has worked in six departments and agencies in a variety of roles in communications, policy development, and program delivery.

Through her career, her family life, and her engagement in the communities God has led her to, Linda strives to serve God by building deep relationships and meaningful connections with the people she encounters, knowing they are the people He created for fellowship with Himself.

Colin, his wife Michelle, and their children, Laura and Daniel, have attended The Gathering since 2012, shortly after their arrival from the Halifax area. Upon their arrival, they tried a few local churches and decided on The Gathering due to its sound doctrine, friendly atmosphere, and commitment to the community.

Colin was born and raised in the Halifax area, attending both Saint Mary’s and Dalhousie University for his post-secondary education. After graduating, Colin joined the RCMP, serving in various roles and is currently an adjudicator in its internal discipline regime.

Colin is a sports enthusiast; he loves playing, watching and conversing about various sports and looks forward to the time when he can spend most of his days golfing. Colin also has a strong interest in the development of our youth and has combined these two passions for many years, coaching soccer and basketball through local community organizations.

Colin was raised in a Christian home, regularly attending church with his family and attending various youth groups. During his time at The Gathering, he has volunteered his time fulfilling a variety of roles and has taken an interest in men’s ministry.

Like all of us, Colin has experienced his share of highs and lows in life in general and in his walk with Christ. However, he has come to realize that God uses the low moments to draw him closer, build his reliance upon God and then use those experiences to achieve His purpose.

Colin looks forward to sharing his experience, engaging the local community and contributing to The Gathering’s goal to build a diverse and inclusive church, where everyone can experience the overwhelming love of God. 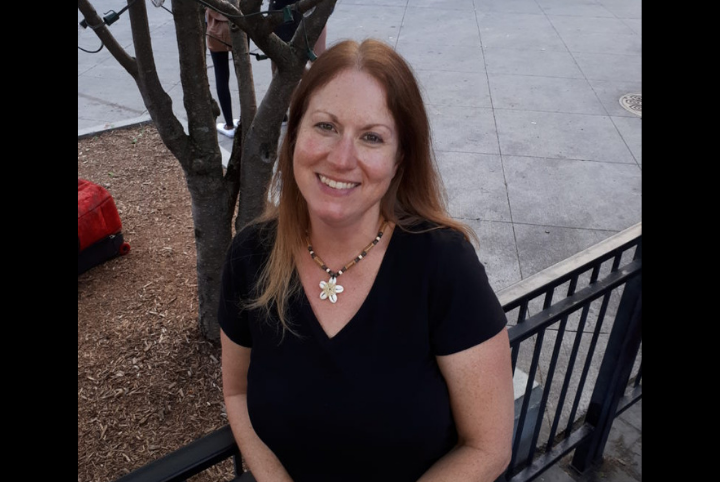 Susan recently celebrated 25 years of marriage to Liam and they have two children, Tyler (19) and Alyssa (16). Susan grew up attending church and sang in the youth choir throughout her school years. When she lost her father at the age of 19, she was grateful for her foundation of faith and for the sustaining love and grace of both God and her church family. Both of her parents helped instill her love for God and she has devoted much of her life to pointing others to Him.

She has been a member of The Gathering for several years and is delighted that the church continues to grow and to be a dynamic and positive force in the community. She believes wholeheartedly that local churches are the hope of the world. She currently leads worship at The Gathering as well as for several other events and ministries throughout the city. She particularly enjoys serving downtown at Bridges and Jericho Road. Susan is passionate about leading people in Christ-centered worship and seeing them embrace and use their God given talents for His glory.